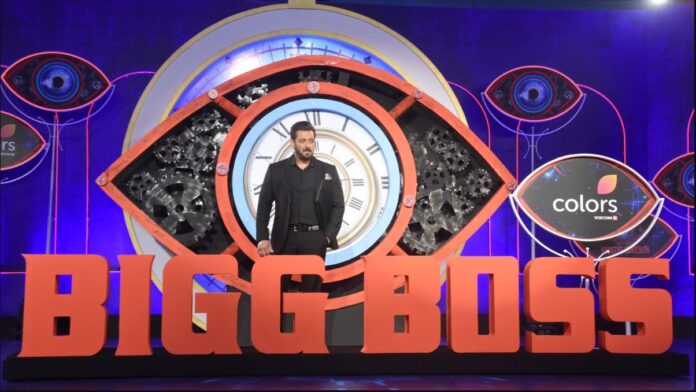 Day 114
7 PM
BB says since this game reset and captaincy became a ticket to the finale, I told you all Nimrit has it and it will be like the captaincy start. The captain would be under test. Time for captain Nimrit’s test like a school report card. He says you all will decide if Nimrit would pass or fail this test. Archana says okay BB put it on us. Everyone who comes to the activity area has spoken. BB says Nimrit’s report card is in front of you. It has 30 rings. You can tell a reason to take out a ring. If till the end the report card has 20 or more rings, Nimrit’s ticket to captaincy would remain. You can tell a new reason as many times and remove a ring. The decision of acceptance or rejection of the reason depends on the rest of the contestants. You have to remove at least 10 rings. I am starting with the first reason myself which is talking in English all the time while being the captain. I am removing one ring. Archana removes the ring. BB says now 10 rings left to take out. Tina says the first reason is that many times the alarm rang. A lot of people slept. Nimrit says you slept the most. Tina says it’s the captain’s responsibility to keep everyone up. Sumbul says she can’t be in all corners. Tina says if you don’t wanna take out any rings, we can not do the discussion. There’s no point. Shiv says we can discuss point by point. Priyanka takes the ring and says this rule was broken. Nimrit says you can’t remove like that. Priyanka says that way no ring would be removed. You are defending yourself. You’re not letting anyone agree. Nimrit says I can talk for myself. Priyanka says this is the last leg of BB. You all can try being friends but we will play. Priyanka says we are also contestants. We can remove it. Sumbul says you have to make everyone agree. Archana says the bathroom didn’t clean yesterday. Shiv says I agree with that. Archana removes.

Shiv says I was discussing politely. Priyanka says what polite is that? Priyanka says everything is clear now. Stan and Priyanka fight. Stan says don’t get persona. Priyanka says you both joke about Shalin and acts great in front of him. Shalin says I didn’t tell anything like that to you Priyanka. Priyanka says tell me what can you expose about me? There’s nothing you can say. BB says I got scared too Priyanka. This task to tell if Nimrit passed or failed as a captain but looks like none of you have an interest in her. Priyanka says they’re changing the topic. BB says let me talk. You have analyzed each other’s game. The task only took out three rings and Nimrit remains the captain. Tina says we were giving rules as per the book. Priyanka says Stan I got scared of you, don’t tell my truth ohh I am so scared.

8:15 PM
Shalin says I told nothing to her. She was making that up herself. Tina says he said about Shiv don’t dance with him. He’s not classy.